Kizz Daniel x Tekno – Buga (Official Video) Download. The music video for Nigerian musician Kizz Daniel’s most recent track, “Buga,” has been made available. The viral song, which was actually one of the biggest songs published in 2022, was a collaboration between Tekno and Kizz Daniel.

Reward Beatz, a prolific hit-maker, produced the song. It comes before Kizz Daniel’s upcoming release and a Davido collaboration. Sabinus, a well-known comedian, makes a cameo appearance in the video (Mr Funny). TG Omori was the director. 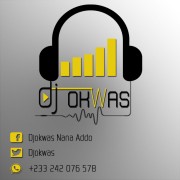